The Establishment and the fake news media have launched a coordinated attack on U.S. Senate Candidate Dr. Shiva Ayyadurai. Dr. Ayyadurai’s explosively growing campaign in Massachusetts, as an Independent, which calls citizens to rise up to “Declare Your Independence,” poses a major threat to the power structure of the two-party system. His campaign has been relentless and uncompromising in exposing the hypocrisy and lies of the “liberal” and “conservative” wings of the Establishment and its cabal of lawyer-lobbyists, celebrities and career politicians.

Recently, Dr. Ayyadurai challenged Seth Rogen to an open and transparent public debate. In response to such a challenge, Rogen, a wanna-be political activist on the Left, ran away from the debate. He then posted a mugshot of Dr. Ayyadurai, implying that Dr. Ayyadurai was convicted of domestic abuse.

A few months earlier, a right wing talk show host responded in an identical manner when exposed for being a paid shill of an Establishment candidate, who botched his attempt to photoshop a picture shaking hands with Donald Trump. The distribution of the meme below, like the tweet to Rogen, resulted in the talk show host putting out the same mugshot. 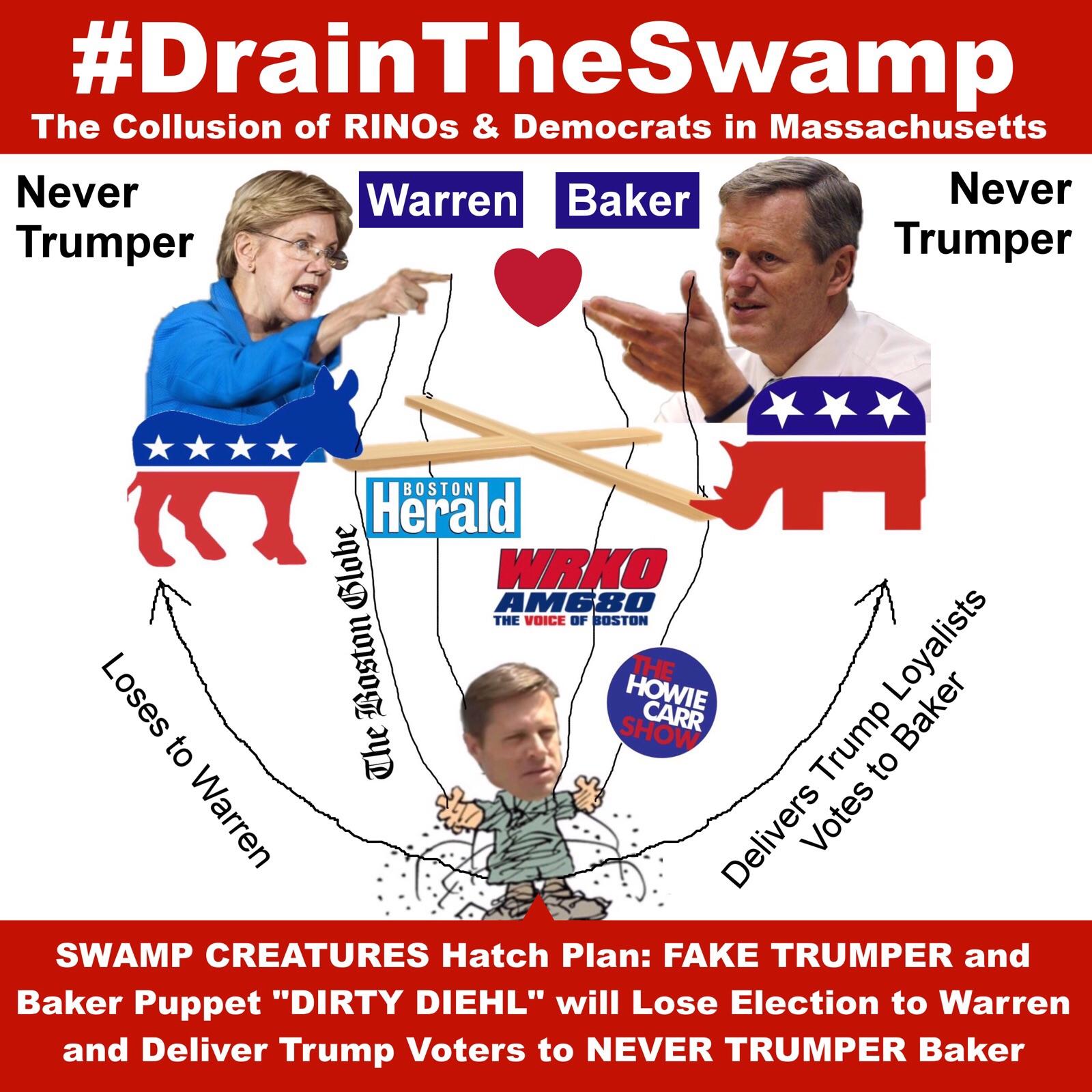 In both of these attacks, both the right and the left, suppressed a very important fact: the false claims against Dr. Ayyadurai, in the referred incident, were OUTRIGHT dismissed by the District Attorney of Massachusetts. Dr. Ayyadurai’s enemies are fully aware that had there been any iota of truth in the police report, the District Attorney of Massachusetts would never have dismissed the case, OUTRIGHT. Massachusetts is particularly sensitive towards women because nearly 30 years ago a woman was killed by her husband when a judge didn’t take her requests for a restraining order seriously. Since that time, Massachusetts Police have understandably taken the woman’s side in any domestic disputes. An “outright dismissal,” as in Dr. Ayyadurai’s situation, is significant because, in Massachusetts, it denotes that there is no basis for any wrongdoing, whatsoever.

Success of Dr. Ayyadurai’s Campaign Fuels Rabid Attacks from Establishment
The reason for these attacks is that Dr. Ayyadurai represents a major threat to the two-party system. His win in Massachusetts will create a wave and movement across the nation inspiring everyday Americans to participate in governance, as Independents, without the need to be on the Plantation of either Party: Democrat or Republican. His victory will completely destroy their house of cards, carefully constructed by career politicians.

Dr. Ayyadurai is far from just a vocal armchair activist. He has actively taken on the Establishment. In direct contrast to the grandstanding Elizabeth Warren, who voted for the Monsanto Protection Act, that ensures no American citizen can sue Monsanto for their deadly and unsafe products, Dr. Ayyadurai has used his scientific research to expose the lack of safety assessment standards of Monsanto’s genetically engineered foods (GMOs). In addition, he has promised to put an end to Monsanto’s efforts to hijack control of the world’s food production. He even offered Monsanto his $10 million building in Cambridge, if they could disprove his scientific results.

Recently, Massachusetts Republican Governor Charlie Baker and Boston’s Democrat Mayor Marty Walsh felt threatened when Dr. Ayyadurai agreed to be the Keynote Speaker at the Boston Free Speech Rally. Baker and Walsh colluded together to falsely brand the entire Rally as a “Nazi” and “White Supremacist” event. They blocked press and media from hearing Dr. Ayyadurai’s speech, in which he exposed the racism of both parties, including sharing how Hillary Clinton called black children “super-predators,” who needed to be brought to heel.

In his current U.S. Senate campaign as an Independent, Dr. Ayyadurai has called for taxing Harvard. He has pointed out a simple fact: Harvard University is fundamentally a $45 billion hedge fund masquerading as a University, while evading taxes and not paying its fair share. He has put forward the hashtag #TaxHarvard to demand that Harvard and its endowment be taxed, and that the resulting proceeds be used to support construction of vocational and technical schools in inner cities. Massachusetts has an alarming shortage of skilled labor. For ever 17 skilled job openings in Massachusetts only 1 person is skilled.

Let's begin with the biggest scam college: @Harvard, a #FakeUniversity that is ACTUALLY a $45 Billion Hedge Fund. #TaxHarvard #FakeIndian. https://t.co/O94Q4KMIEC

What Has The Lawyer-Lobbyist Class Delivered to Massachusetts?
What HAS the lawyer-lobbyist, career politician class done for the people of Massachusetts? Many things, but none of which are good. Here are some of them: 1) They have delivered a state where the public infrastructure is rated as one among the worst in the entire nation; 2) A system of corruption, where the State’s public integrity rates near the very bottom; and, 3) opioid addiction rates that are nearly three times the national average. These horrific results have been brought to you by the swamp of Republican and Democrat career politicians and lawyer-lobbyists — leaders among whom include Elizabeth Warren (a Democrat) and the likes of Charlie Baker and Mitt Romney (Republicans) who are part of the Harvard Sewer that feeds the Swamp in Washington, DC. 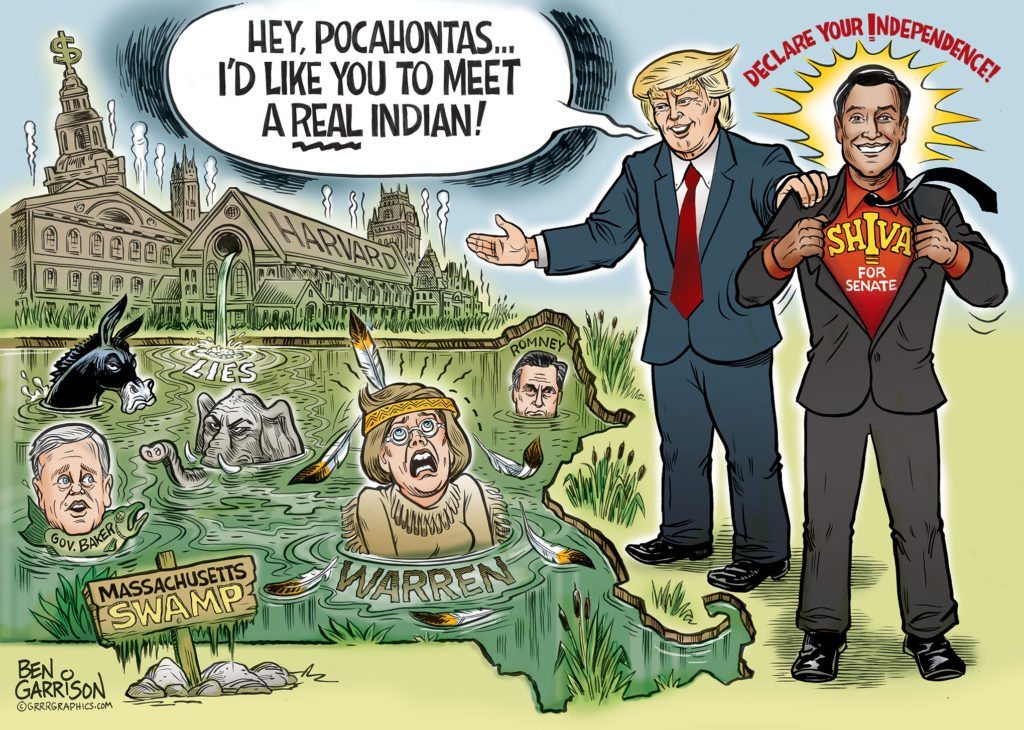 Who is Dr. Shiva Ayyadurai?
Unlike the lawyer-lobbyists and career politicians, Dr. Ayyadurai’s life is dedicated to innovation and creating jobs. His journey through the public school systems of New Jersey, led to his inventing the world’s first email system in 1978. He earned four degrees from MIT, including his PhD in biological engineering. He started seven companies which produced real jobs for Massachusetts citizens. His latest invention and company, CytoSolve, provides a revolutionary technology to discover cures to major diseases like pancreatic cancer, Alzheimer’s and others, by eliminating the need for animal testing, by using the computer to model complex molecular mechanisms. If email was the electronic version of the interoffice mail system, then CytoSolve is the electronic version of the molecular communication system. A few years ago, CytoSolve received FDA allowance for a multi-combination drug for pancreatic cancer. 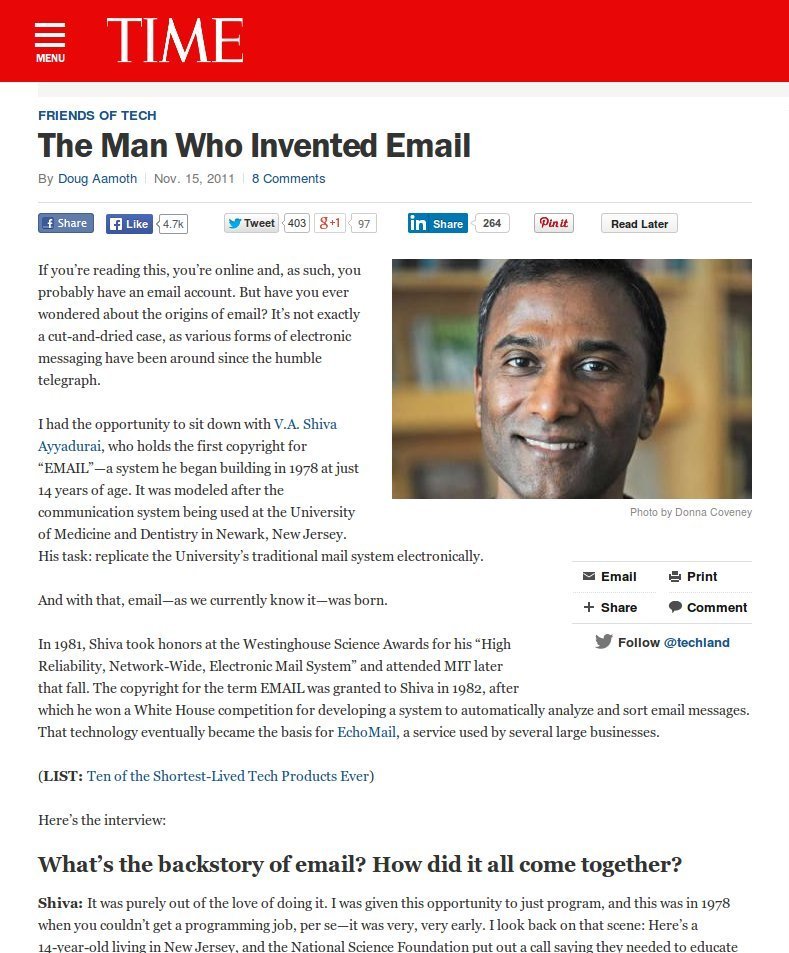 An All-American Fighter
The recent attacks are nothing new to Dr. Ayyadurai, who is a veteran of taking on the Establishment. As a kid growing up in India, as a low-caste, “Untouchable,” or Deplorable, he had to be a fighter to overcome the oppression and harassment he experienced first hand. As a teenager and student activist on the MIT campus, he fought and exposed the MIT administration’s support for apartheid in South Africa, leading one of the largest demonstrations in Boston in the 1980s, ending with burning the South African flag on the steps of MIT’s famed Student Center.

During his MIT graduation ceremony when he was awarded his Ph.D., he raised a banner to demonstrate his opposition to the war in Iraq. 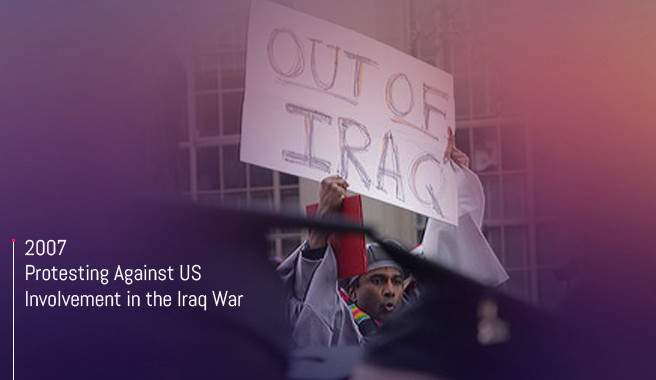 Dr. Ayyadurai is an All-American Fighter and inventor-scientist. He is who America now needs, and poses the greatest threat to both wings of the Establishment. Clearly, what offends and threatens the Establishment most is that people like him are supposed to be a “good Indian” and remain on their planation as good “liberals.” Dr. Ayyadurai, however, figured them out, just as Malcolm X did, many years ago, best reflected in Malcolm’s eloquent statement:

“In this deceitful American game of power politics, …the race problem… used by one group of whites called Liberals against another group of whites called Conservatives, either to get into power or to remain in power. Among whites here in America, the political teams are no longer divided into Democrats and Republicans. The whites who are now struggling for control of the American political throne are divided into “liberal” and “conservative” camps. The white liberals from both parties cross party lines to work together toward the same goal, and white conservatives from both parties do likewise.