I am running for United States Senate from Massachusetts to be a 21st century Senator. We stand at the crossroads where we can either head into a Golden Age or into the Darkness. Incredible innovation and solutions, which have been created by everyday Americans, already exist for energy, education, health, affordable housing and much more. What stands in the way are the old guard of career politicians, political hacks, lawyer-lobbyists and academics who pervade Washington and local government with corruption and crony capitalism that chokes and suffocates these innovations and solutions from reaching us. America becomes great when innovators, entrepreneurs, working people with skills and those committed to using common sense and reason run this country. The Founders of America were blacksmiths, engineers, soldiers, architects, entrepreneurs, scientists — they actually worked for a living and produced through their labor, products and services to help other citizens.

I stand before you as someone who is a personification of the American Dream. My parents and I left the caste system of India in 1970 where we were considered low caste “Untouchables” and “Deplorables”. We first settled in Paterson, NJ and I went through the public school system where I was fortunate to have come across incredibly dedicated teachers, coaches and mentors. 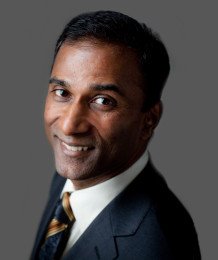 Dr. Shiva Ayyadurai, the Inventor of Email, holds 4 degrees from MIT, is a Fulbright Scholar, and has started 7 successful hi-tech companies including EchoMail, CytoSolve and Systems Health. He is currently the Founder and CEO of CytoSolve, Inc., which is discovering cures for major diseases from Pancreatic Cancer to Alzheimer’s. He is also the Founder of Center for Integrative Systems that is the home of Innovation Corps and C.L.E.A.N./R.A.W. certifications.

On my 7th birthday, in 1970, I left India and came to America: to this land of incredible opportunity. As a kid, I learned from my parents, teachers, coaches, and friends that what mattered most was Truth — to uncover it, share it and fight for it. That core value is THE foundation of the America Dream. And my life has been about fighting for Truth, at every step.

The Founding Fathers created a revolutionary nation in which innovation, education, creativity, and meritocracy flourished. Those core values drew my family to immigrate to the United States, and I’ll always be grateful for the opportunities I’ve found here. Now I’m committed to preserving, protecting, and expanding those opportunities for the citizens of Massachusetts and for all Americans. That’s the new American Revolution, and I hope you’ll join me in this fight.

I have lived the American Dream. I grew up playing baseball, playing soccer, having a paper route, while running my own small lawn mowing and snow shoveling businesses as a kid. Being selected by American Legion Boys State to represent my high school, and later being awarded a U.S. Fulbright Scholarship were all part of this incredible journey. What an honor to be in the state of Massachusetts — the home of the Red Sox, Patriots, Bruins and Celtics!