This weekend was my 54th birthday. It was also the 47th anniversary of when I left India to come to America. Literally, on December 2, 1970 on my 7th birthday, I boarded a TWA flight on my journey to America. I was deeply honored when Ben Garrison, the world renowned political cartoonist sent me this gift on my birthday. 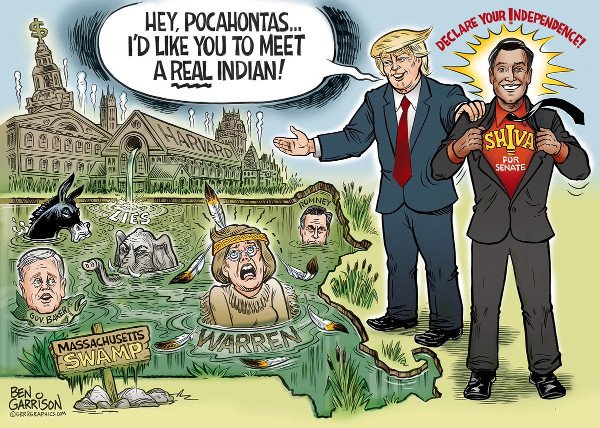 To celebrate my birthday, I am inviting all of you to a DNA Dance Party in Cambridge, MA. The invite is below: 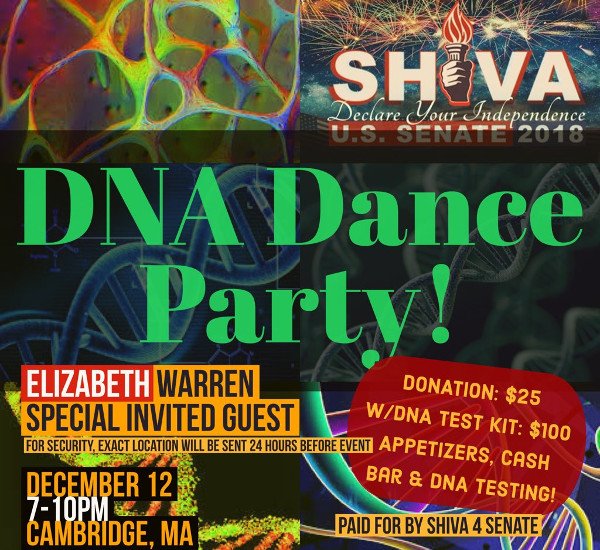 I have also invited Elizabeth Warren to come. There will be food, a cash bar and DNA testing. I hope you can come. It is $25 for entry to the party and $100 for entry along with DNA testing!

Please click here to register for the DNA Dance Party.

Elizabeth Warren already has a war chest of $11 million. We are going to beat her at a fraction of the cost. The reason why a Real Indian will defeat a Fake Indian is because I am a Real American. Real Americans do not vote for parties: D’s or R’s. Real Americans are Innovative, Intelligent and Independent.

Massachusetts was the cradle of the American Revolution. The irony is that today, it has become the swamp of career politicians and lobbyists, incubated from the sewer of Harvard, which is fundamentally a $45 billion hedge fund, that pays no taxes, masquerading as a university.

You don’t have to choose the lesser of two evils because now you have a real choice: a Real American who came here as an immigrant with nothing, went through the public schools of this country, invented email as a 14-year-old, went on to M.I.T. and earned 4 degrees including his Ph.D., without lying to get in, started seven companies which created jobs for Massachusetts, and now is bringing all of his skills as an inventor, scientist, entrepreneur and statesman to give you a choice that you truly deserve.

Declare Your Independence! Support Shiva 4 Senate, the campaign to unleash the next American Revolution in Massachusetts by electing a Real Indian, a Real Innovator and an All-American Fighter.

Be The Light,
Shiva