Freedom means you have choices. Competition and meritocracy are the foundation of the American system. In the US Senate race, three are on the ballot, but only two get to be on the debate stage? Elizabeth Warren has colluded with the University of Massachusetts to leave me off the debate stage. She would rather have a “toy boy” to be her controlled opposition than a real opponent — somebody with 4 degrees from MIT, who started 7 companies, creating jobs in Massachusetts and a real statesman. 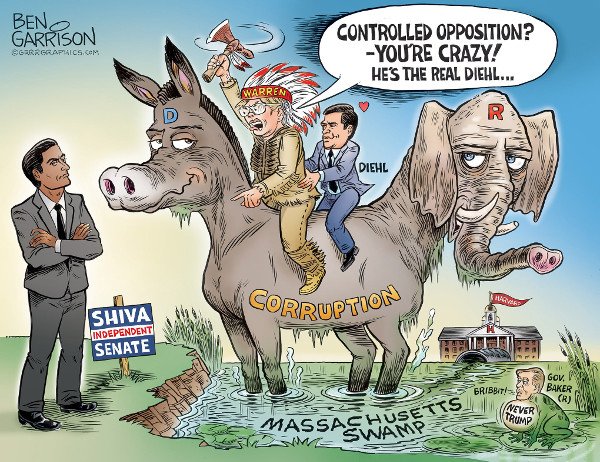 How is this fair to the citizens of Massachusetts, the nearly 20,000 who signed our nomination papers, and the American people that I be left off the debate stage? This is not a left or right issue, but something no American should tolerate.

I will not allow them to do this to YOU. As of last Friday, September 14, 2018, I filed a preliminary injunction against the University of Massachusetts who has colluded with Warren to keep me off the debate stage. The good news is, the court has informed my attorneys, “In light of the time-sensitivity in this matter, the court enters the following expedited briefing schedule: defendants will have 7 days after plaintiff’s filing of the return of service to submit an opposition to the PI motion, plaintiff will have 3 days thereafter to submit a reply of no more than 10 pages. The court tentatively schedules a hearing on this matter for Wednesday, 10/3/2018, at 3pm.”

The complaint in the federal court in Massachusetts alleges the violation of the First and Fourteenth Amendments of the United States Constitution and Article 16 of the Massachusetts Declaration of Rights.

To put this in perspective, independent candidates were included in the gubernatorial debates in 2010 and 2014.

In addition, as the EDITORIAL BOARD of the Lowell Sun stated this past Sunday, concerning the recent 3rd Congressional District primary race, “… with 10 Democrat candidates — some of whom never had a chance to win from the very beginning — but they were all respected for running and their views disseminated in dozens of stories published in this newspaper. We invited all 10 to debates this newspaper co-sponsored with Fitchburg State University, and with the Nashoba Valley Chamber of Commerce. We never said a candidate was ‘legitimate or not legitimate’ based on their viewpoints or the amount of campaign money they raised. All were included — and the public was the eventual winner for getting to know about each and every candidate.”

We have worked hard to come this far. We will not allow these forces who are fundamentally un-American to derail our path to victory. I cannot do this without your support. Please join us. As a show of support, get your Road Warrior Kit, get a Lawn Sign, be a Home Warrior or volunteer or donate whatever you can to support our campaign.