The entertainment culture of Hollywood has brainwashed Americans to be an audience on the sidelines waiting to be entertained. This brainwashing will destroy democracy.

Our campaign provides YOU the opportunity to be an American, an active citizen, a citizen activist. I do not NEED to run for this office. The Establishment career politicians, be it Elizabeth Warren, or whatever flunkey the Republicans toss up, NEED this job. I am running for U.S. Senate because I WANT to serve America, which has given me so much.

My life has always been about being an active citizen. Running for U.S. Senate is an extension of that activism. Right now, our campaign has filed a Federal lawsuit against the City of Cambridge, which believes it can force us to remove the slogan “Only A Real Indian Can Defeat The Fake Indian” and squelch our Free Speech, and violate the First Amendment. 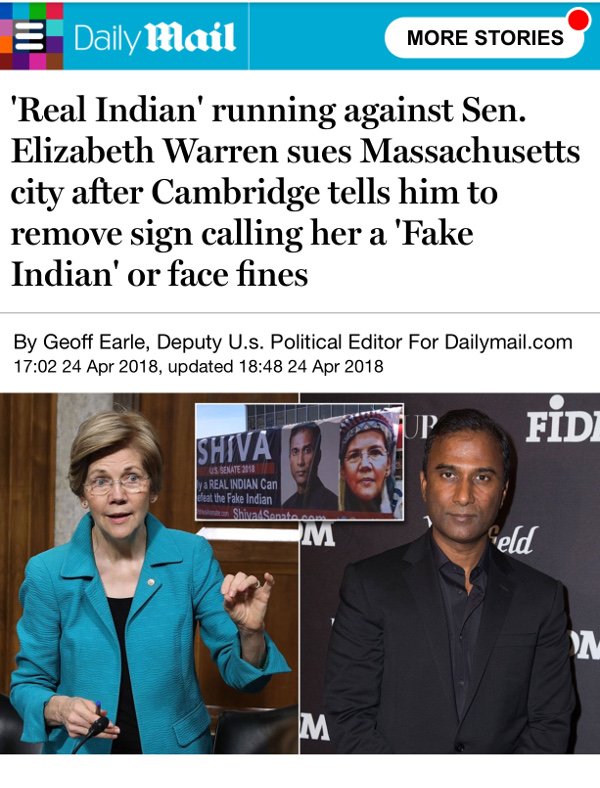 When we received the notice from the City of Cambridge that we would be fined $300 a day if we did not remove the slogan, we did not sit on the sidelines and take it on the chin. Instead, we unleashed hell upon them, as reflected in the massive media we got in nearly every major newspaper in America and across the globe which covered our lawsuit. That is how real citizens react. That is how real Americans behave. NOW, is the time YOU become an active citizen, exercise the incredible honor of being an American, and join our historic campaign.