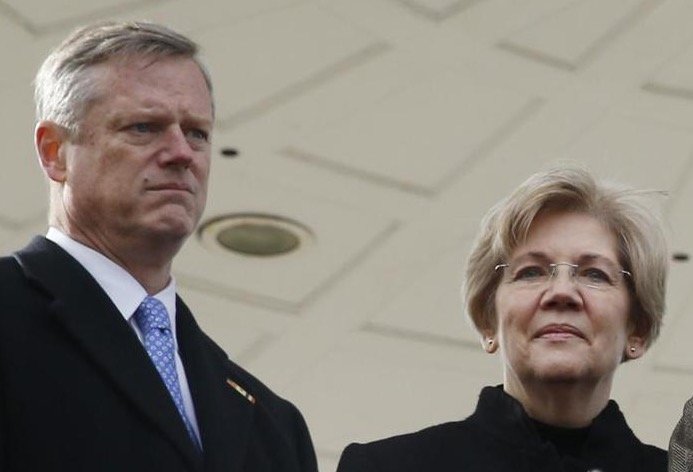 Since the beginning of my campaign, starting on February 2017, I have been relentless in exposing the Fake Indian Elizabeth Warren. I sent her a DNA Test Kit, which she refused to take. I also created the hashtag #FakeIndian which went viral on the Internet. So-called political experts told me that I should not attack Elizabeth Warren’s fake Native American ancestry. I did not listen to their nonsensical advice and continued to expose her. My legitimate attacks on her received major press on Fox News, Stuart Varney, Jesse Watters and Laura Ingraham.

NOW, a few days ago, The Boston Globe finally admitted that her lying about being a Native American was problematic, and wrote an article entitled “Elizabeth Warren’s Native American problem goes beyond politics.”

What is disgusting is that The Boston Globe did not even mention my name in the article because they do not want to let the citizens of Massachusetts know that I, the Real Indian and the Real Fighter, even exist. This is why I called The Boston Globe racist in the tweet that I posted a few days ago (click below to listen to my video). 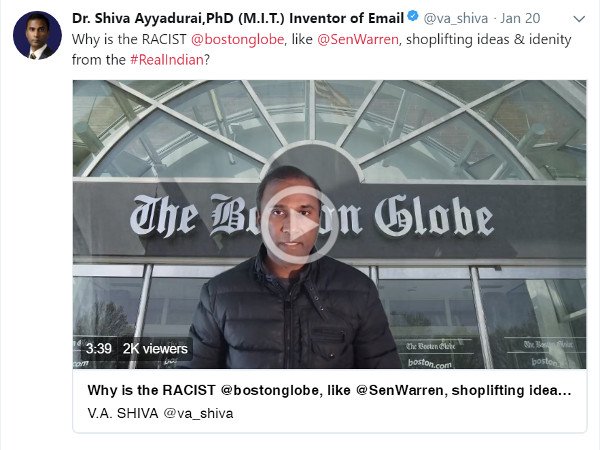 The Republican Party in Massachusetts and pro-Democrat newspapers such as The Boston Globe work in collusion to keep out real agents of change like myself. This is why I consider the Democrats and the Republicans, “Republicrats” to be part of the same elitist Establishment.

In fact, when we look at the sitting Republican Governor Charlie Baker and his affiliation with Harvard, it becomes even more apparent. I have called for an investigation into Charlie Baker’s admission into Harvard, since Harvard’s “Legacy Admissions policy” admits students, NOT BASED ON MERIT, but if they are the children of Harvard graduates and/or those who donated money to the University. It may be noted that Baker’s father went to Harvard and was likely instrumental in Baker’s admission.

Harvard is a pay-to-play scheme and all federal grants to Harvard must be stopped immediately until Harvard scraps its corrupt system of Legacy Admissions. Harvard’s admission process and its elaborate rules exist to keep permanent control over the University in the hands of a few chosen elite and their children. These kids, admitted through Legacy Admissions, like Charlie Baker, learn entitlement, manipulation and insider trading — the attributes of elitism and swamp-hood, at an early age making Harvard a sewer to feed Wall Street and the Swamp in DC. 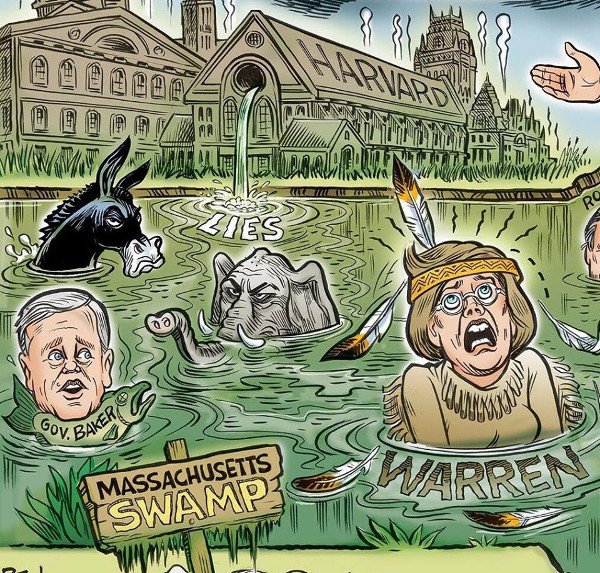 I call for an end to the stranglehold on power by the likes of Baker and his Harvard clique that include the Fake Indian Senator Elizabeth Warren, who shoplifted Native American identity to get her Chair/professorship at Harvard.

I call for an Independent candidate to run against and defeat the incumbent Governor Baker — “Faker Baker.” Polls that claim Baker is a “popular Governor” are manufactured and filled with mathematical and statistical errors that any grade school kid can see.

It is worth pointing out that Elizabeth Warren and the Military-Industrial-Academic Complex operate out of Harvard. Both the Republicans and the Democrats are part of the same Uniparty “Republicrat” Establishment, who look after each other’s interests which is clear from the fact that Charlie Baker’s key advisor told him not to attack any Democrat.

Charlie Baker’s first attempt to setup “Fake Trumper” Geoff Diehl (a.k.a “Dirty Diehl”), who actually was a big Ted Cruz supporter, as a candidate against me, failed when Trump Loyalists found out Dirty Diehl PHOTOSHOPPED a picture of himself shaking hands with President Trump. His next strategy was to run Romney insiders, John Kingston and Beth Lindstrom. That too, is failing miserably. Following these screw ups, and with my ever-growing popularity after going Independent, Baker is now attempting to set up a “Fake Independent” candidate Gabriel Gomez, (who couldn’t even beat Markey) to run as an Independent. These tactics will not work but will backfire on Baker, with true Independents seeing through his manipulation.

Harvard University is the epicenter of America’s corrupt political system, where many policies that hurt everyday Americans originate. Harvard University lives off taxpayer money but ensures that admissions for students and faculty members as well as seats are reserved for a select few elite people who are loyal to the Establishment and can perpetuate their power and that of the university.

It is time we make irrelevant elitist establishments like Harvard, and Declare Our Independence from Harvard and the Military-Industrial-Academic complex. Let us show the power of YOU and I to defeat Elizabeth Warren and the “Republicrats” of Massachusetts. Please contribute and support our campaign, whether it be $1 or $1000!