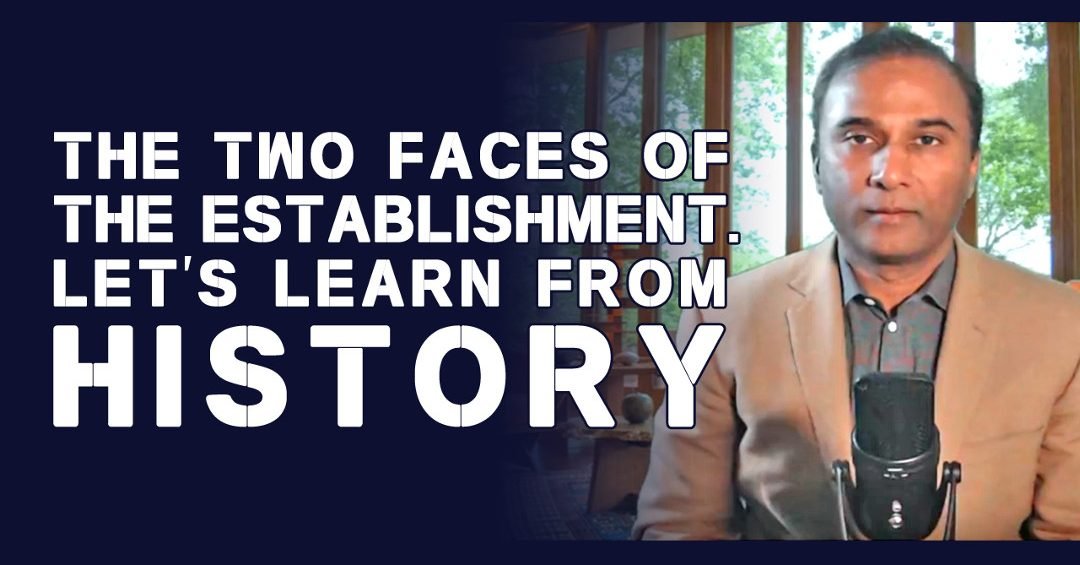 A lesson from history! In this fascinating video, Dr. Shiva Ayyadurai explains with instances from history how the two faces of the Establishment suppress Change Agents.