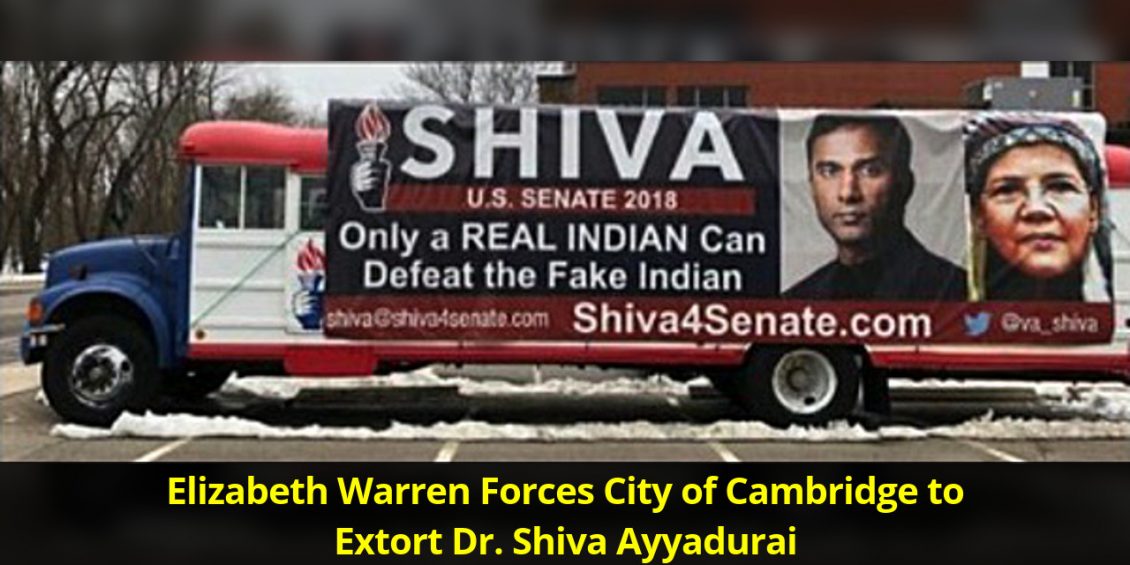 Dr. Shiva Ayyadurai, who is running as an Independent to unseat Elizabeth Warren, in the 2018 U.S. Senate race has been sent a letter by the City of Cambridge’s Building Inspector threatening to levy a fine of $300 per day if the campaign did not remove the slogan “Only A Real Indian Can Defeat The Fake Indian” from the Shiva 4 Senate campaign bus.