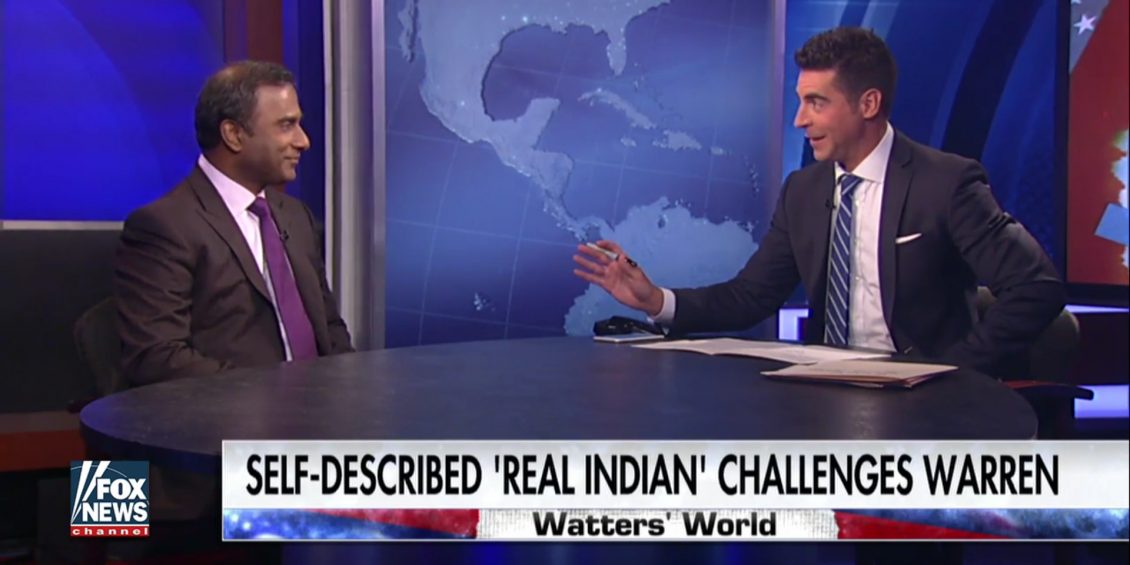 Dr. Shiva Ayyadurai was interviewed recently by Jesse Watters on Watters World, the popular TV show on the Fox News Channel. The interview focused on his challenge against Elizabeth Warren for election to the U.S. Senate from Massachusetts. Shiva spoke on the fact that Warren returned the DNA Testing Kit he had gifted her on her birthday and also shared his own DNA results which indicate that he has native American blood! He made it clear that only a Real Indian can defeat the Fake Indian. The interview was broadcast on August 5, 2017.