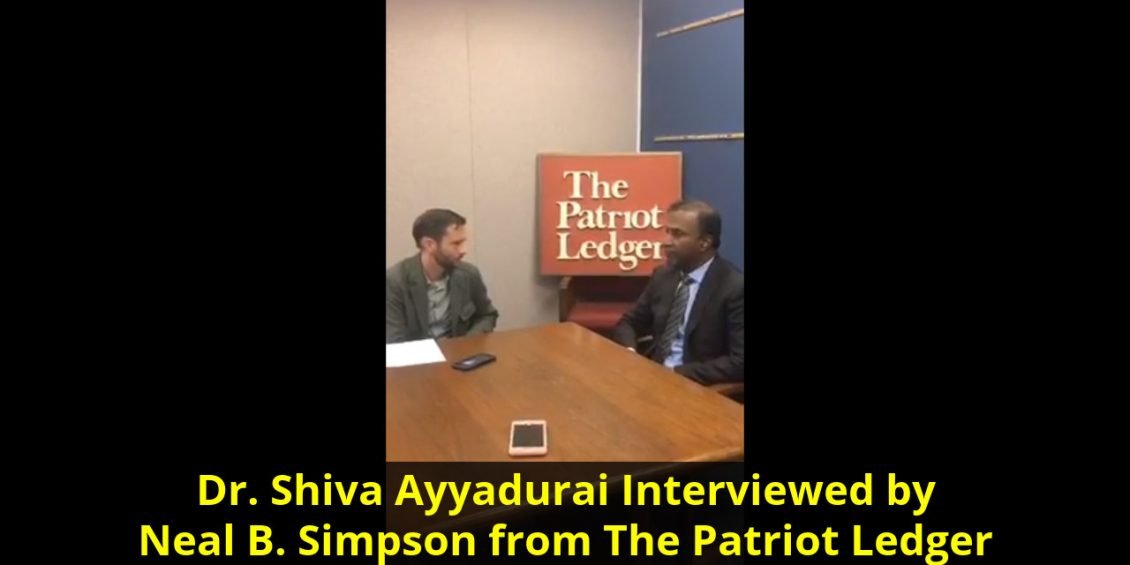 Dr. Shiva Ayyadurai is interviewed by Neal B. Simpson from The Patriot Ledger. Dr. Shiva speaks about his campaign. Dr. Shiva chose to run as he believes that the Spirit of America is based on everyday working people being in politics, not career politicians and lawyer-lobbyists. The two party system represents less than 40% of the people in the state of Massachusetts. It is time for CHANGE!