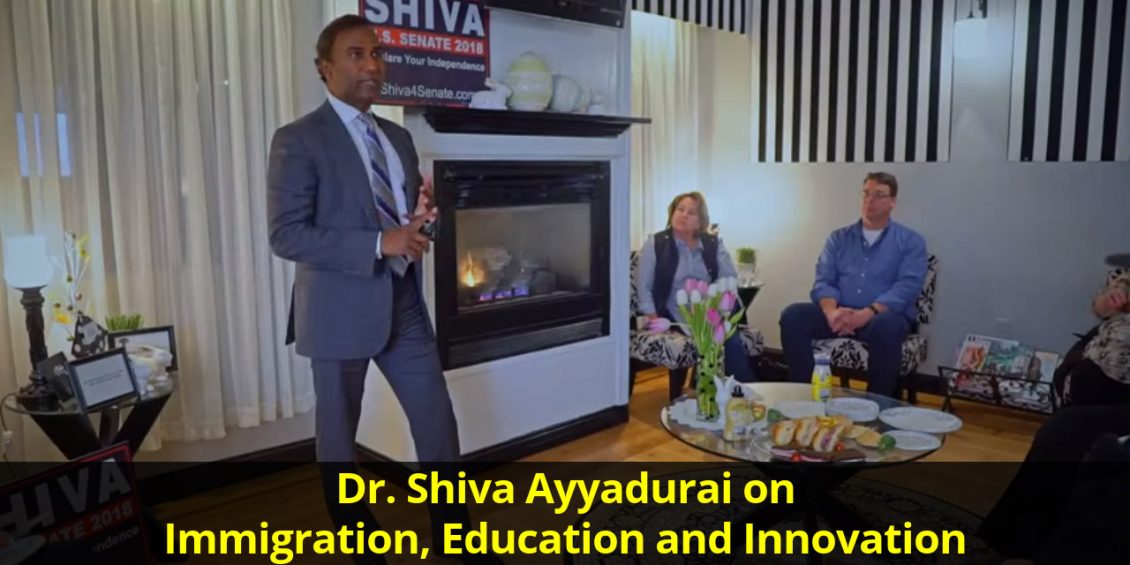 In an event held at the Pelo Day Spa in South Easton, MA on April 9, 2018, Dr. Shiva Ayyadurai speaks about the process of immigration, education and innovation that he went through on his way to become a successful entrepreneur and innovator. Dr. Shiva also discusses the Deep State and how they subvert political discussion and freedom.

Dr. Shiva also shares with the audience how the Shiva 4 Senate campaign is growing explosively and asserts that he, the Real Indian is the only one who is committed to defeat the Fake Indian, Elizabeth Warren.