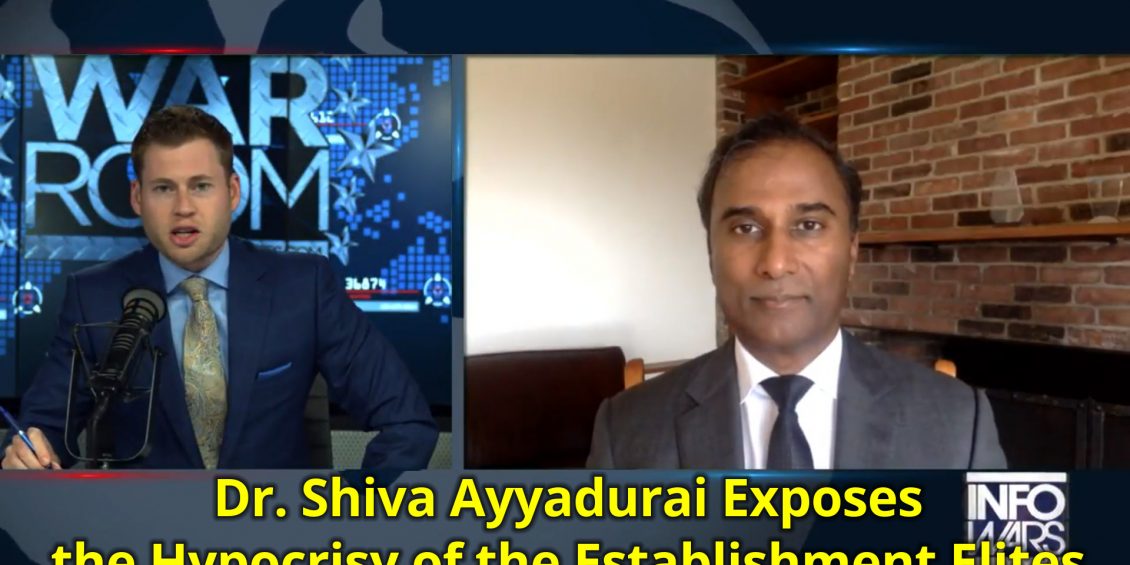 Dr. Shiva Ayyadurai speaks with Owen Shroyer on Infowars War Room. Dr. Shiva was invited to speak at the Cape Cod Republican Club by the Harwich Republican Town Committee on September 22, 2017 but his talk was cancelled by the Committee fearing the Antifa.

The wealthy imperialists who form a majority of such committees support wars for America and Free Speech which the poor fight for them. However, when it comes to their own backyard, they demonstrate their hypocrisy by not allowing a person who stood for Free Speech on their stage. The video was originally broadcast on September 14, 2017.