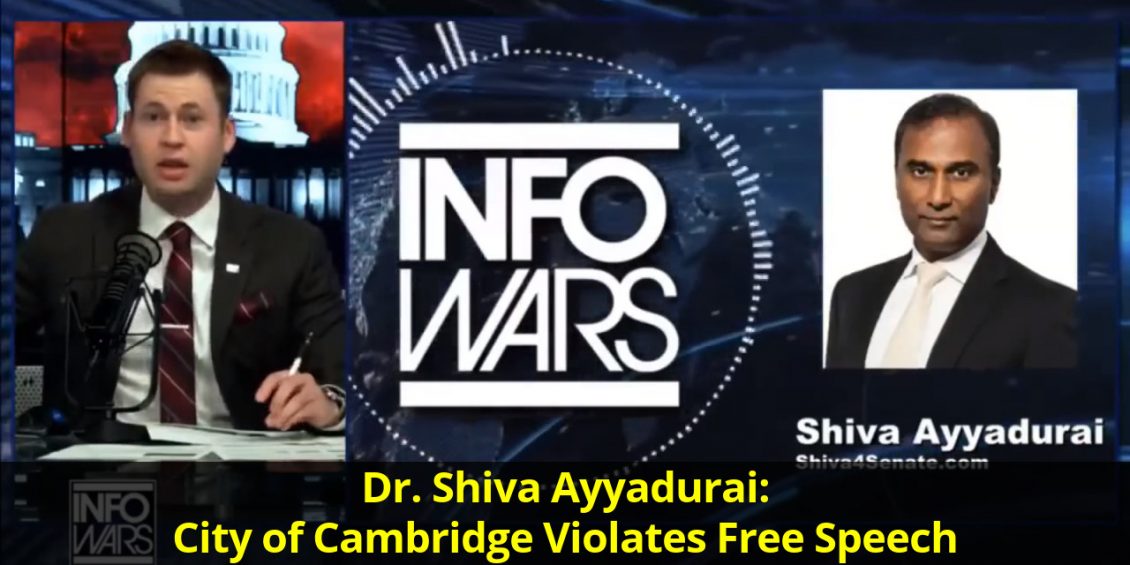 Dr. Shiva Ayyadurai speaks with Owen Shroyer on The War Room broadcast on InfoWars. Dr. Shiva gives an update on his federal lawsuit against the City of Cambridge in response to the order asking Dr. Shiva to bring down the slogan “Only A Real Indian Can Defeat The Fake Indian” from the Shiva 4 Senate campaign bus.