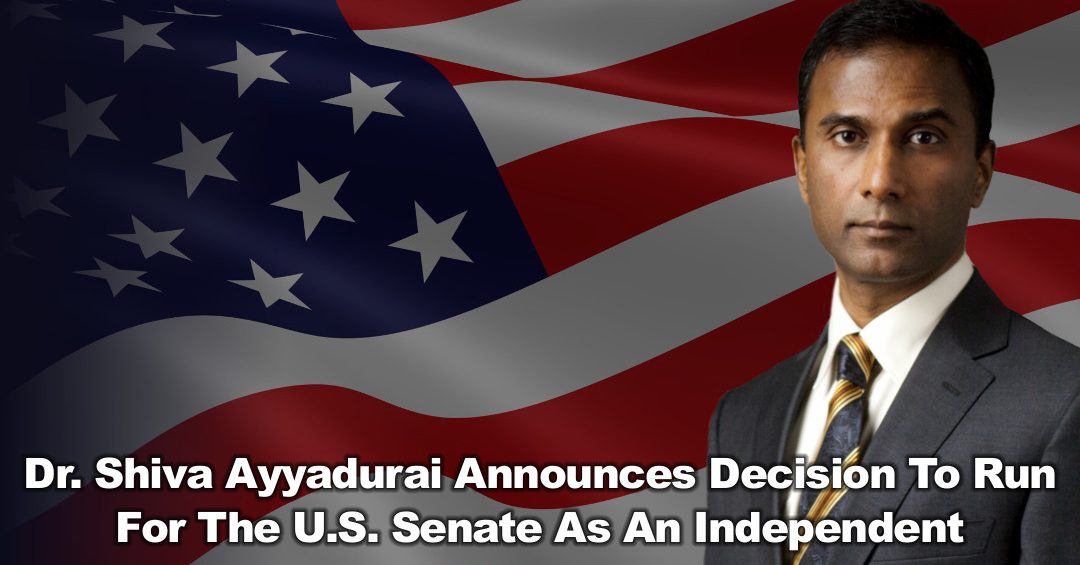 In a major announcement that virtually shakes up the nature of the Senate race in Massachusetts, Dr. Shiva Ayyadurai announced that he will no longer be running as a Republican and will now run as an independent candidate. He made the announcement during a campaign event held at Best Western Royal Plaza Hotel, Marlborough, MA.