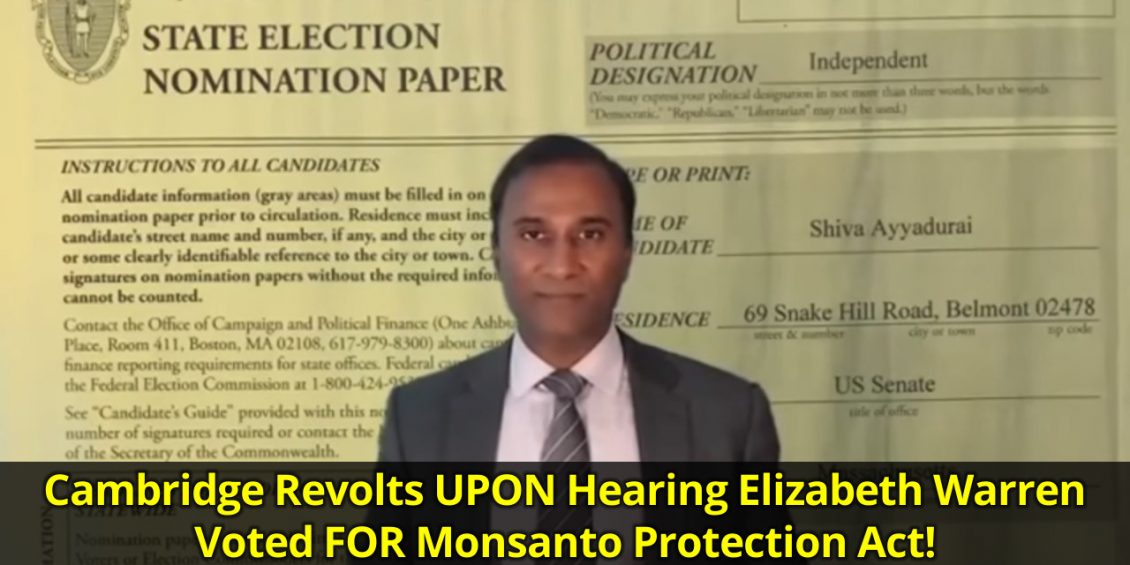 Dr. Shiva Ayyadurai explains the nomination process to the Senate elections and displays the official nomination papers that were released. He also shares how he is going about his signature campaign and how his dedicated volunteers are helping him collect 10,000 signatures to put him on the ballot.

Dr. Shiva shares how residents in Cambridge have expressed disgust upon learning that Elizabeth Warren voted FOR the Monsanto Protection Act.