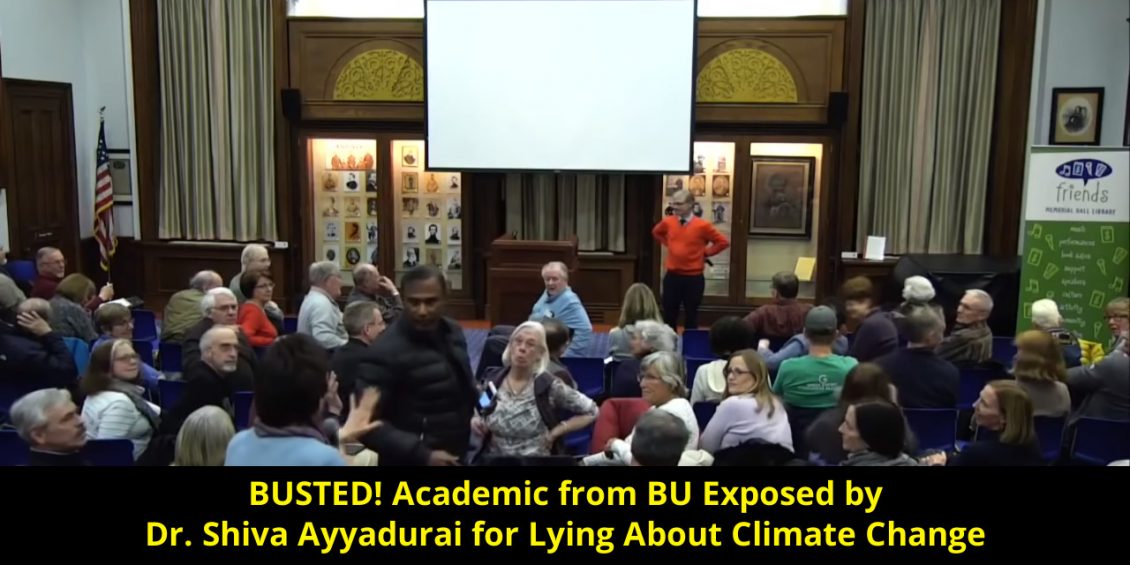 On March 7, 2019, at Memorial Hall Library in Andover, MA, a lifelong Academic from Boston University was caught red-handed lying about climate change. Dr. Shiva exposed his bamboozling the audience by manipulating terms from basic chemistry using the term “acidic” to describe the ocean, when the ocean is basic, and for eons has maintained a BASIC. Later on police were called in when SHIVA further exposed his lies.