Our campaign is about being REAL and CLEAN. The American people want clean government, clean air, clean food, and real jobs, real health and real education. The success of our campaign is forcing the Establishment of Republicans and Democrats to circle their wagons against our campaign, which aims to rid America of career politicians, who do nothing but serve themselves.

People across Massachusetts and the United States are recognizing that Republicans and Democrats are two heads of the same serpent — the military-industrial-academic complex — that profits from war and sickness. 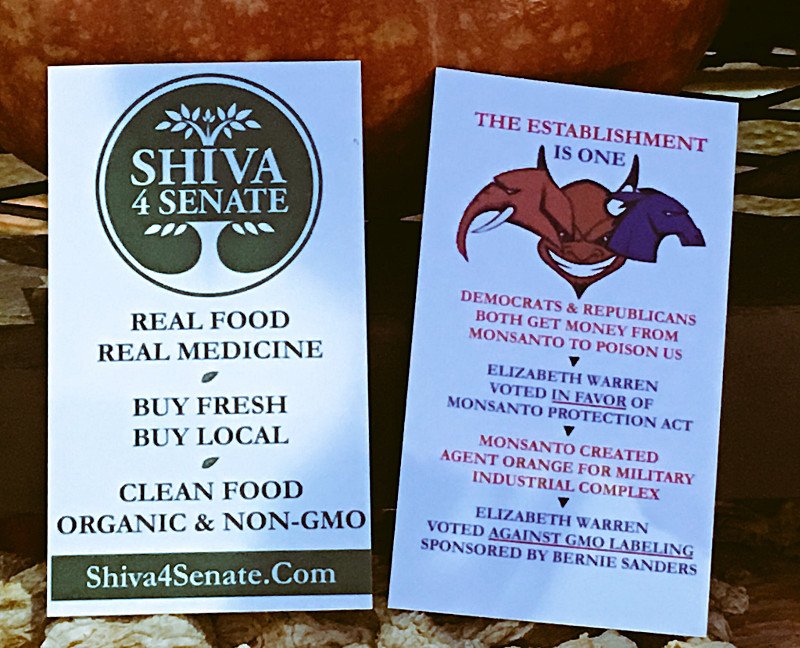 It is NOT about Republicans versus Democrats. It IS, however, about the Establishment versus the People, and Truth versus Lies. By defeating Elizabeth Warren in 2018, we will deliver a massive defeat to the Establishment that she represents.

We are going to win our campaign at a fraction of the cost that the Establishment will spend. Let us build the campaign to bring back government to the people. Let Massachusetts be the beginning of the second American Revolution.