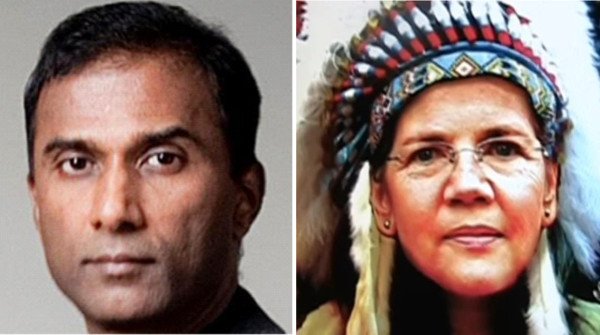 CAMBRIDGE, MA (September 6, 2018) – Attorneys for Dr. Shiva Ayyadurai, have served the University of Massachusetts a legal notice asserting that the University has violated Dr. Ayyadurai’s First Amendment rights by excluding him from the debate stage.

For months, Dr. Ayyadurai’s campaign attempted to contact various media outlets seeking information about the debates but were informed that the plans would be made available only after the Primary of September 4, 2018. Yet, various news outlets reported within minutes of the primary results that Elizabeth Warren had already agreed to debate the Republican candidate in three pre-arranged debates, which Dr. Ayyadurai was never made aware of. The Democratic Party and the Republican Party colluded with the University of Massachusetts and media outlets to exclude Dr. Ayyadurai, who is popularly known throughout Massachusetts as the “Real Indian,” and the only real opposition to Elizabeth Warren.

A few days ago, a University of Massachusetts representative contacted the campaign seeking to send a letter about another debate that is curiously not listed as one of the three debates pre-arranged with Elizabeth Warren and the Republican Party. That letter invites Dr. Ayyadurai to a debate on the condition that he meet certain thresholds in public opinion polls. However, the recent public opinion polls conducted by MassINC Polling Group/WBUR as well as Suffolk University Political Research Center/Boston Globe both leave out Dr. Ayyadurai’s name from the most important question of whether voters recognize the names of candidates provided to them, despite the fact that Dr. Ayyadurai was polling well over 25% back in 2017 against Elizabeth Warren.

“The Establishment is ONE. The Democratic and Republican Party Establishment profits from War & Sickness. What we are witnessing right before our eyes is how the Establishment colludes against you and I, to stop any real debate on substantive issues to maintain their power. They want to ensure Elizabeth Warren’s victory, who is the darling of Big Agriculture such as Monsanto, a company that has single-handedly poisoned our children and the public’s food supply. She protects corrupt defense contractors, Big Insurance and Big Pharma of the military-industrial-academic complex. She is the puppet of Wall Street & Big Banks, who have destroyed over 1,200 community banks. Everyone knows, I would mop the floor and destroy Elizabeth Warren in any debate by exposing her for what she truly is. Rather than risk that, the Fake Indian has agreed to have a ‘debate’ with a Fake Trumper, who will serve as her punching bag,” said Dr. Ayyadurai.

The legal notice, attached, points out that Dr. Ayyadurai’s legal team will sue and file a preliminary injunction if the University of Massachusetts continues violation of his rights under the First Amendment.