Support Shiva 4 Senate so THE REAL INDIAN can defeat THE FAKE INDIAN.

The Background to Dr. Shiva’s DNA Challenge:
Dr. Shiva presented Elizabeth Warren a DNA Test Kit on the occasion of her birthday on June 22, 2017. Below is the Twitter post documenting the DNA Test Kit he sent her. 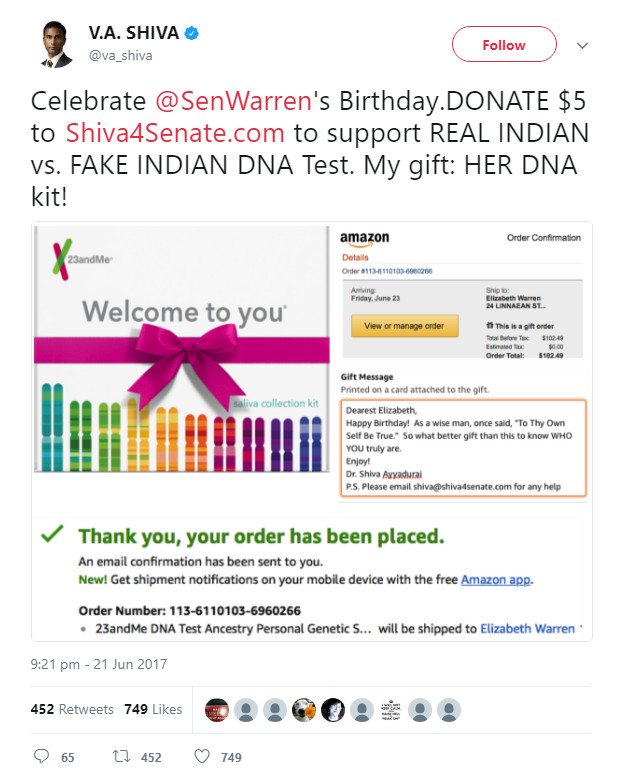 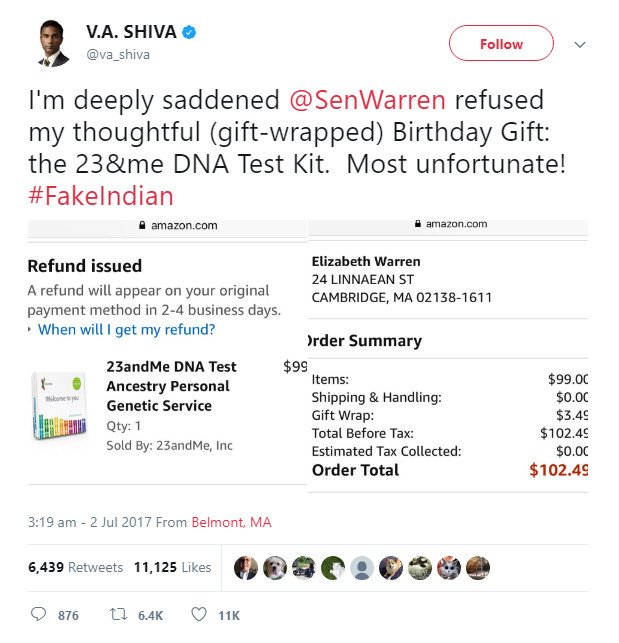 Only a REAL INDIAN can defeat the FAKE INDIAN. Support Shiva 4 Senate.